What happens when you involve an industralist and number cruncher in a tank design?
The answer isn't straightforward, however it usually involves production streamlining and cost savings.
In this particular case, the belief that the Panther design could be used in a swiss-army-knife role, along with economical considerations, made Speer push down in priority the more specialized tank design.

This happened in October 13, 1942 while discussing about producing the VK1602 Leopard scout tank.
A quite interesting project on its own, in 1942 the design was in debate between Hitler (who as always wanted an heavier, better armored design) and the Heer.
After a rather lengthy debate, Hitler was finally persuaded to approve the lighter 21.9 ton design, while using many existing Panther components to ease production.
Jumping on that, Speer said that the characteristics of the tank were so similar to the Panther that the latter could be used instead.

This resulted in a somewhat lightened Panther that used the much smaller Leopard turret (which is related to the wheeled Puma design) and the soon to be inadequate 5cm K.W.K 39.
Apparently the small matter of tank size did not seem to bother him: 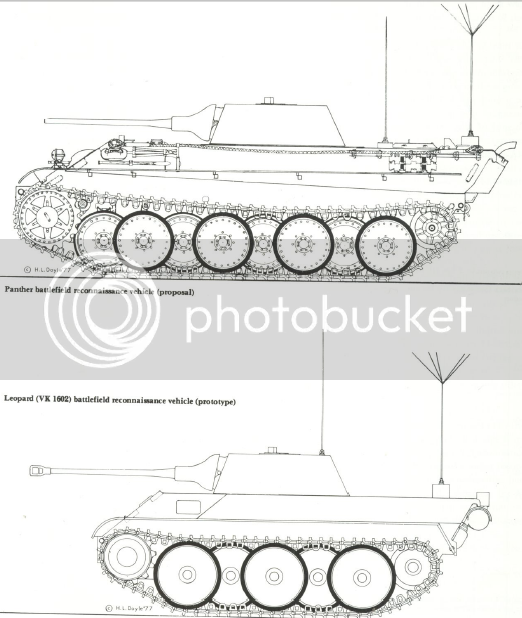 Following on that idea, competition arose, leading Rheinmetall to offer its own interpretation on the design about a month later, an artillery observation vehicle with similar specification called the Panzerbeobachtungswagen Panther: 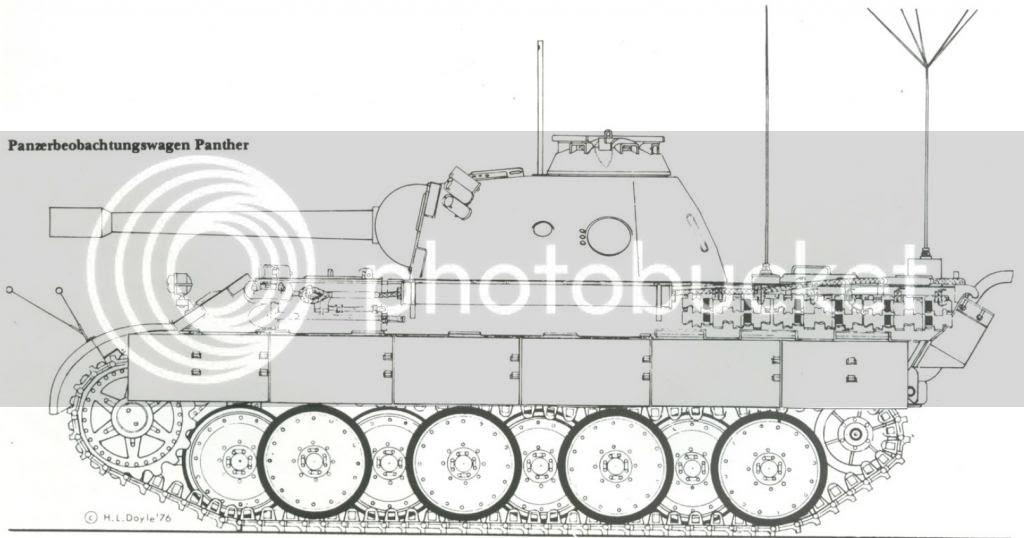 Despite the bulkier design, it used the same 5cm cannon in a dummy barrel resembling the 7.5cm L/70, all in all being an equivalent design to M.A.N.'s recon tank.
Soon enough, battlefield realities made both designs obsolete when it was apparent that the 5cm cannon was inadequate for its task unless shooting expensive tungsten ammunition and Panther testing itself showed the base chassis was far from being mature, leading to a quiet termination.

Ironically, Panther's chronically weak final drive and suspension would likely have been far more useful in a tank of about half the weight, which would end up being cheaper by using standardized components (an idea that would soon resurface with later Panther design and the paper E-series) and its armament could still have had a chance to either be refocused in a different role (20 and 30mm autocannons were still very useful against infantry and soft skinned vehicles) or recycled into a prime candidate for the 7.5cm PAK 50 gun project, which was an excellent way to transform 5cm cannons into low velocity 7.5cm howitzers using the 75mm L/24 ammo, useful both as HE round and decent against tanks with its HEAT warhead.

Despite several other recon tank projects in 1943-44, in the end the old Skoda 38(t) had to soldier on in the light tank role, while the wheeled sdkfz 234 Puma with a similar turret design showed the usefulness of a well armed and flexible recon vehicle.
Pubblicato da Zarax a 13:52